The entire southeastern part of Thuringia belonged to a large marine basin in the Palaeozoic era. The deposits of this sea basin represent a period of at least 200 million years (Upper Cambrian to Lower Carboniferous) and several thousand meters thick and were folded into a large mountain belt about 330 million years ago (in the Lower Carboniferous). Scientists call this mountain range the Variscan Mountains. It was completely eroded again in the following millions of years. Today it is no longer recognizable as a mountain range. The rocks and structures of this mountain range still exist naturally and come to the surface today in the Thuringian Slate Mountains.

258 million years ago, a sea advanced from the north - a sea advance is called a transgression. The southern coast of this sea ran right through Thuringia.

In the area of today's Orla valley there was a coastal section and in the shallow water in front of this coast reefs were formed. Since there is a multitude of reefs of different shapes and sizes between Könitz and Neustadt, one speaks of a reef complex. Reefs are elevations above the sea floor formed by marine organisms. Only a few millennia later, the sea level rose even further and so did the salinity of the sea water. As a result, the reef-building organisms died off. The reef bodies were overlain by anhydrite and gypsum rocks as well as mudstones, which now settled, and were thus "preserved". This explains their present good state of preservation. The erosion of the overlying rock layers began only about 2 million years ago. 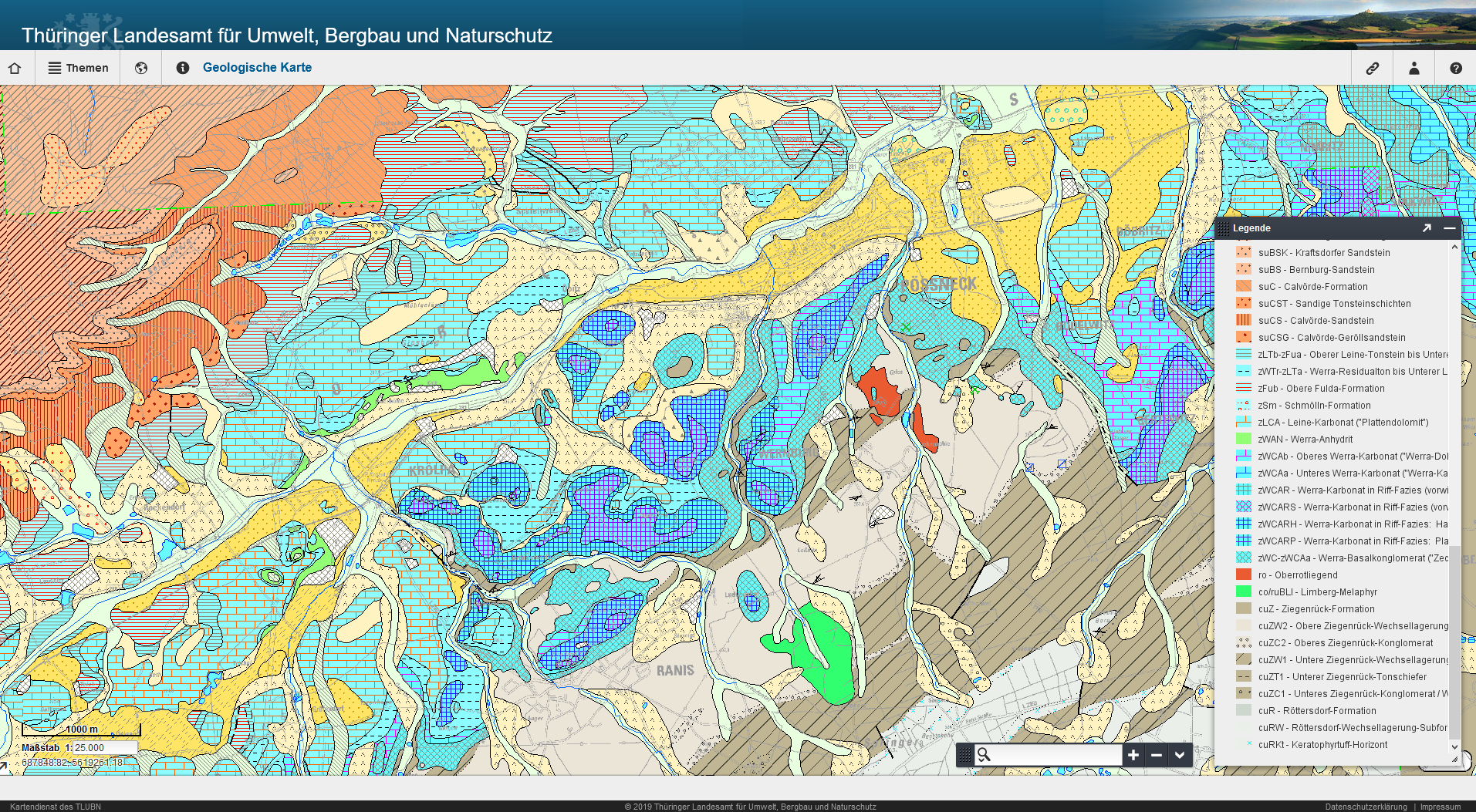